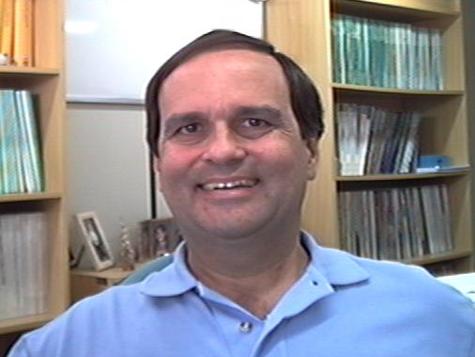 Edmundo de Souza e Silva received the B.Sc. and M.Sc. degrees in electrical engineering, both from Pontifical Catholic University of Rio de Janeiro (PUC/RJ), and the Ph.D. degree in computer science from the University of California, Los Angeles in 1984.

He was co-Chair of the Technical Program Committee of major international and brazilian conferences of the IEEE, ACM and IFIP societies, the the Brazilian Computer Society including the Third International Conference on Data Communication Systems and their Performance (1987, sponsored by IFIP and IEEE Communications), IEEE/Globecom'1999, ITC'2001, ACM/Sigmetrics'2002, IEEE/IEEE/Infocom'2009. Edmundo was elected for the ACM/SIGMETRICS Board of Directors for 2 terms (2001-2005), and was Chair of the IFIP W.G. 7.3 from Jan/2008-Jul/2014 (see also IFIP W.G. 7.3).

He has been involved with international cooperative research programs sponsored by NSF (USA) and CNPq (Brazil) and also with INRIA (France). He was a member of the Advisory Board of CNPq (National Research Council) in 1991/1994, and 1998/2000. During 1995/1998 he was a member of the Graduate Council of the Federal University of Rio de Janeiro. Since 2000 he has been the coordinator of the (course in Computer Systems Technologies of the distance learning initiative (CEDERJ ) of the state of Rio de Janeiro. He was also vice-chair of the Computer Science Advisory Board of CAPES (Graduate Council of the Ministry of Education) during 2002-2004 and the committee chair during the 2008-2010.

His research interests include modeling and analysis of computer systems, computer networks and machine learning. He has taught many courses (graduate and undergraduate) in these areas.

Currently he is a full professor at the Federal University of Rio de Janeiro, COPPE, Systems Engineering and Computer Science Department. He is also a ``Researcher I-A'' of the Brazilian National Research Council, a member of the Brazilian Academy of Sciences and the National Academy of Engineering (Brazil). In 2008, he received the medal of the National Order of Scientific Merit from the President of Brazil.